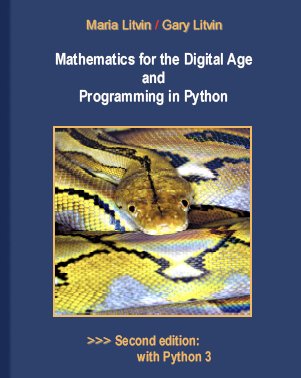 Wow, we've been pretty busy these past several months during the COVID19 shut down! As you can see below, we talked about Recursion (Chapter 11), Polynomials as Lists (Chapter 12) and Matrices (Chapter 14). We even used Matrices in our final project: Conway's Game Of Life Simulation! We used Trinket all year to play with Turtle Graphics every Tuesday for fun. This final project is a culmination of all that work! Good job everyone! Have a great summer!

CompSci Honors Chapter Eight:
How Do You Count?
(April)

Chapter 8 was all about the Counting Principle, Combinations, Permutations and Probability. We even played around a bit with resursive functions such as those that calculator Factorials and Pascal's Triangle numbers! Chapter 9 revisited the concepts of Lists, Tuples, Dictionaries and Files.


Chapter 6 was all about Boolean expressions, Boolean Algebra, Truth Tables, Digital Circuit Diagrams, if else, if elif and Predicate Functions. We just barely finished Chapter 6 when the COVID19 scare reared its ugly head. Fun was had by all, even remotely! Chapter 7 extended the idea of truth tables to digital circuits! We even played Rock Paper Scissors and modeled the COVID19 infected population of NYC from 3/1/2020- 3/28/2020.


We completed chapter 5, yeah! We played around with arithmetic in other bases such as Binary, Octal and Hexadecimal. We also learned how to convert a whole number from Decimal to other bases and we learned how to convert whole numbers from other bases to Decimal. We even figured out how to deal with rational numbers and integers in any base. Can you interpret the 2's Complement Binary representation of an integer, aka signed number?

CompSci Honors Chapter Four
What's A Sequence
(January)
We completed chapter 4, yeah! This chapter was about sequences and series. We played around with for loops, while loops and list comprehensions to find finite and infinite series as summation loops.

We also made the distinction between Arithmetic vs Geometric series as well as Telescoping series and Recursive sequences. Last, but not least, we talked about finite vs infinite series convergence and divergence!

CompSci Honors Chapter Four
What's A Sequence
(December)
Unfortunately, we did not progress as far I thought we might this month. Currently, we are in the middle of 403 What's A Finite Series. So, I only have screen-cast summaries for 402 What's A Sequence which was very intricate, detailed and slow going!

We had a lot of days off this past unit. We also have Trinket Tuesdays every week. Further, we had the Hour Of Code around Grace Hopper's birthday (1 day for my students and 1 day for honors math students as an in-school field trip). Last, but not least, we had rehearsals every day for our Compsci Carols and we just went caroling on 12/20/19 (our last day before break)!

So, below you will find summaries for 402 only. We'll finish 403 after December Break. Then 404 will be about Infinite Series and 405 will be about Iteration. Chapters 5-7 will be about Binary, Decimal and Hexadecimal conversions, operations, truth diagrams, logic gates and circuit diagrams!

CompSci Honors Chapter Three
What's A Function
(November)
This month we focused on Chapter 3: What's A Function. We talked about functions with and without arguments. We played around with functions that have a return line and some that didn't. We found out what an argument is and what the type of each argument is. Please see below for new screencasts and code!

CompSci Honors Chapter Two
What's An Interpreter
(October)
This month we focused on Chapter 2: What's An Interpreter. We continued our work flow as last month with Trinket Tuesdays following http://codeHS.com's python curriculum. However, most days we are using http://sagecell.sagemath.org with our textbook as pictured above.

Next year, in much the same vain, we would like to use the Big Java textbook with CS50 most days. Tuesdays will be about graphics programming in Processing. Last year we used http://ide.cs50.net (Google Compute Platform) most days and http://processing.org (Amazon Web Services) on Tuesdays.

Computing in the cloud has proven a very efficient paradigm as we could work on the same projects both in class and at home seamlessly! However, with the advent of the new NYS Ed-2d Student Privacy Law, working in the cloud will prove difficult. I'm looking into installing desktop IDEs for next year instead. We already have the Processing IDE, we just have to install NetBeans or Eclipse.


Please see below for all our ScreenCasts from chapter two in our textbook, "Mathematics For The Digital Age."

CompSci Honors Chapter One
What's An Algorithm
(September)
Welcome to the Grand Experiment!

For several years now, we've been running a one year AP Computer Science program with less and less success. Years ago, we had a two year program where the first year was an introduction to computer science using python. Our Grand Experiment this year is all about bringing back our intro course so students will have two years experience with coding practice and computer science theory before taking the AP Computer Science A exam.

BTW, I'm not ScreenCasting our Tuesday experiments. Right now we are using Trinket as an online IDE to play around with Turtle Graphics on Tuesdays. We are using curriculae from codeHS and Runestone! Later in the semester we may try our hand at TI-BASIC on our TI-84Cs!

So, this year we are using the Litvins' textbook most days using SAGE with Tuesdays reserved for something a little different, codeHS curriculum with Trinket.

Next year, in much the same vain, we will use the Big Java textbook with CS50 most days. Tuesdays will be about graphics programming in Processing.

Please see below for all our ScreenCasts from chapter one in our textbook, "Mathematics For The Digital Age."

Notes:
1) Section 100 is not part of the textbook. It's an intro to SAGE.
2) There iare no ScreenCasts for CSH101, CSH201, etc as these are introductory sections for each chapter, so there are no exercises in those sections.
3) Live SageCell code is stored on the sidebar of this blog.

1) Use a recognizable tune.
2) Karaoke entire song changing up the words (about STEAM).
3) You are Singing, Dancing or Playing an instrument.
4) You upload your video to YouTube and provide the url (or email me *.MP4 file).
5) YouTube Description includes the lyrics (or email me *.PDF file).

XTRA CREDIT ARTICLES RUBRIC
(up to 5 articles = 1 bonus point each): 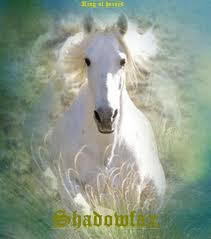 Posted by shadowfax at 9:00 PM No comments:

BLOG: How to Part IIA!

ScreenCasts: Why you should take Scientific Computing at Baldwin Senior High!

BLOG: Some of my Favorite Posts!

BLOG: Some Of My Hobbies!

This site is here to help new and experienced teachers alike. Over the years I have developed many materials for several courses that I teach regularly. I have taught AP Computer Science since 1987, College Math since Fall 1993 and AP Calculus since 1994.

These materials have been edited and re-edited for ease of use in the classroom every time I have a chance to teach these courses. I have had many requests to share my materials at the conferences I frequent, whence this website.

I hope you find this site helpful! Enjoy!!